The forklift: How to Use the Forklift?

The forklift: The famous “forklift”

The counterbalanced forklift takes its name from the large iron counterbalance present at the rear of the machine. It is a trolley with cantilevered load and with the weight located in front of the support point. Known in the warehouse as “forklift”, it is one of the most popular means for handling load units.

The operation of the forklift truck is based on the principle of the first degree lever, according to which two forces are balanced, called power and resistance (the load), which rest on an intermediate point called the fulcrum. In counterbalanced forklifts, the power consists of the whole machine, which includes the frame inside which the engine, transmission, hydraulic pump and other control devices are located.
The counterbalance, usually fixed to the rear, and the axles, the front being the driving axis and the rear the directional axis, for better maneuverability of the machine, are both part of the power.
The mast, the fork carriage and the forks are part of the lift truck and of the resistance, being located in front of the center of the front axle, which acts as a support point or fulcrum. The resistance consists of the elements installed in front of the support point, such as the load to be transported.

Importance of the elements of the lever system:

It is important to understand the role each element plays in this lever system to define the rated load that the truck can handle and lift. Furthermore, the distance from the mast to the center of gravity will also affect the rated capacity. The greater the distance, the smaller the load capacity.
The “forklift” as well as being very fast, is useful for working both inside and outside the warehouse. It is an ideal machine for loading and unloading trucks, since only the forks protrude at the front.

As for the models available on the market, one of the main differences, in addition to the characteristics already illustrated, concerns the power supply mode. Battery powered electric machines and thermal machines running on oil or diesel are available.
They can then differ in the type of mast, structured according to the lifting height:

When used within a plant, it is good to know that the lifting height of these trolleys is usually limited to 7.50 m, and that the working aisle must have 3,200 and 3,500 mm free.
The presence of this trolley in the warehouse can cause the dimensions of the aisles to vary. It may therefore happen that corridors up to 4 m wide are needed. To learn more about the topic, you can consult the article entirely dedicated to the width of the aisles when working with forklifts.

Opting for the classic “forklift” means choosing a versatile solution capable of guaranteeing flexibility. The forklift truck is the undisputed star of the warehouse due to its versatility. The ability to adapt and work easily in small spaces, the speed of maneuvers and the low costs convert the counterbalanced trucks into one of the undisputed protagonists of warehouse logistics. 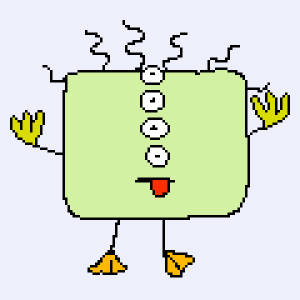