Women in AI: A Dive into an Inspiring and Challenging Journey

Women are prepared to break the glass ceiling across industries and enterprises. They are rising to the top echelons in the field of Artificial Intelligence as well! A look into their career pathways.

The journey of women in AI has begun already!

When billions of dollars are being poured into Artificial Intelligence (AI) startups, it could not be more important to get women on board in the field.

They are role models for women and men alike!

Before getting into statistics, let’s get introduced to a few of the women role models in the AI field. For decades, women have been excluded from the high-power positions in male-dominated industries. But every now and then a figure comes along to prove to young girls everywhere that women have the power to do anything they set their mind to.

To justify this, we share these women’s success status that serves as the best examples.

Women in AI: The Shining Stars

She is the youngest-ever woman to build an AI product at IBM. She holds a double-major MBA from The Wharton School and a BA in Cognitive Science from Dartmouth College.

She is actively involved in developing and optimizing hardware and software systems for the applied machine learning-based products and services of the firm.

She has received the prestigious MIT ‘Top 35 Innovators under 35’ award, the Anita Borg Career Award, and an NSF Career Award. She holds a Ph. D. in Computer Science from Harvard University.

She is popularly known for blending deep technical knowledge, analytics management experience, and world-class public speaking skills. She has the ability to drive change in the organization.

She has provided guidance for hundreds of projects and guided over 20000 Googlers in Statistics, Machine Learning, and Statistics. She has designed Google’s analytics program and popularly known as a data science thought leader. She holds a Ph. D. in Mathematical Statistics.

She leads the Siri data organization where they improve Siri and Search. They use the data as the voice of customers for this purpose and spans around three major areas – Data Science & Analytics, Data Engineering, Evaluation & Annotation platforms, and methods.

She advised on informatics methodologies to transform high throughout data into actionable insights. She is passionate about growing women in STEM. She holds a Ph.D. in Biomedical Informatics.

Maria Luciana Axente: Lead for AI & AI for Good at PwC, the UK

She leads the implementation of ethics in AI. She helps PwC harness the power of AI more ethically and responsibly at three levels – organization, team, and at the individual level (could be industry partners, governments, NGOs, and civil society).

She has played a crucial part in setting up PwC’s UK AI Center of Excellence. Being a globally recognized AI ethics expert, she was involved in building new systems and platforms from scratch in every job she did after graduation. She is a Fellow of the RSA and an advocate for gender diversity in AI. She holds an MBA degree.

There are many more to add to the list, who is serving at the forefront of AI today. Women are serving these roles successfully – as entrepreneurs, industry executives, academic researchers, and more. They are the role models for the next generation of AI leaders mirroring the more inclusive AI community.

Women in AI and ML industries: The limited edition

According to studies, it suggests that only a few industries such as enterprise functions, healthcare, and enterprise intelligence industries have female C-level leaders. If we drill down further, women are found in patient-oriented health care companies, internal data companies, and recruiting and security companies.

They hold only 12.82 percent of the CEO positions. The largest proportion of them is seen in human resources/talent leading to 60 percent.

In support of women, human resource policies like DEI and gender parity rules are taking strides to pull in more women into the field. We will touch on the basics- i.e., the education system here.

Due to ingrained stereotypes, a lot of students (especially girls) rule out brilliant career options at a young age itself.

The studies done by OECD on the basis of PISA survey show that career aspirations of young children have remained the same since 2000. They are largely unaware of new types of jobs. Here are some of the important points taken from the study.

47 percent of boys and 53 percent of girls preferred to work in one of just popular occupations of the traditional 20th century like doctors, teachers, veterinarians, engineers, and police officers. The era of social media and the acceleration of technologies such as AI or data analytics is nowhere in their dream.

The analysis also suggests that young people’s career aspirations are not at all related to actual labor market demand. This is an unfortunate mismatch. Isn’t it?

“You can’t be what you can’t see,” is the solution offered. To expose students to new careers, a simple act of visiting the school (by professionals) and talking to them can be a turnaround.

On a positive note, universities are searching for ways to prepare students for the changing world. Schools are looking for ways to incorporate AI courses into their existing curriculum. Ivana Trump spearheaded USD 200 million to promote STEM education. She says that this step will be an important milestone of aligning skills in the classroom with the existing jobs.

To bridge the gender gap, it is essential to focus on increasing women in STEM from the start of their careers. In another survey conducted by AIM Research in association with Great Learning found 54 percent of the respondents saying that there are more opportunities for women in AI and Analytics as compared to five years ago. While the other 46 percent said that progress is still required.

To summarize, the sky is becoming clear now. There are several opportunities for women to succeed in the AI field. The efforts to close the gender gap must become serious. 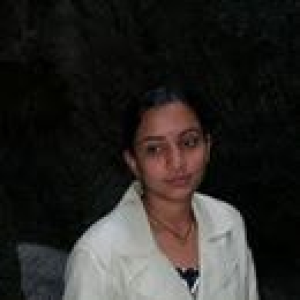